thereby intentionally ignoring a law that prohibits merging the two and getting approval to break it, a federal investigation released Tuesday found.
A report from the office of Special Counsel Henry Kerner describes a “willful disregard for the law” known as the Hatch Act that was “especially pernicious,” given that many officials abused their government roles days before the November election.

President Donald Trump — whose job it was to discipline his political appointees — allowed them to illegally promote his reelection on the job despite warnings to some from ethics officials, the report says.
“This failure to impose discipline created the conditions for what appeared to be a taxpayer-funded campaign apparatus within the upper echelons of the executive branch,” investigators wrote in the scathing 60-page report.

“The president’s refusal to require compliance with the law laid the foundation for the violations,” the report says. “In each of these instances, senior administration officials used their official authority or influence to campaign for President Trump.

Based upon the Trump administration’s reaction to the violations, OSC concludes that the most logical inference is that the administration approved of these taxpayer-funded campaign activities.”

The special counsel found that two Cabinet officials, Secretary of State Mike Pompeo and acting homeland security chief Chad Wolf, broke the law when Pompeo gave a speech from isreal and Wolf led a tapped naturalization ceremony for newly minted citizens on White House grounds, both during the Republican National Convention.
The investigation was prompted by an unprecedented swell of complaints to the independent agency that enforces the Hatch Act following Trump’s decision during the Covid-19 pandemic to hold the convention at the House The probe started when Trump was still president.

But the report concluded that while the Hatch Act bars most federal employees — excluding the president and vice president — from politicking while on duty or in a federal office, it does not impose similar restrictions on others who were, in this case, Ho organizing or attending the convention.

The Office of Special Counsel, led by a Republican appointed by Trump, lays out a series of violations that the authors underscore were not innocent mistakes or slips of the tongue.
No punishment is expected to be assessed because, by most legal interpretations, the president in office at the time is the only person who can take action to fire or reprimand his political appointees when they act illegally.

The office’s lengthy treatment of how the administration flouted a law intended to ensure that civil servants and political appointees operate free of political influence was meant to illustrate that the law lacks teeth and needs stronger enforcement mechanisms, the report says.
“OSC is issuing this report to educate employees about Hatch Act-prohibited activities, highlight the enforcement challenges that [the office] confronted during its investigations, and deter similar violations in the future,” investigators wrote.

The Trump White House was well aware of the Hatch Act’s restrictions, the report says, having received an unprecedented 15 letters from Kerner’s office during his presidency laying out violations and two report on repeats violator, Conway.
Pompeo and Wolf both ignored repeated warnings from career ethics officials and attorneys that they would be breaking the law with their appearances at the convention, the report found.

An ethics official even warned Wolf 45 minutes before the naturalization ceremony was taped that he should not move forward.
The report found that the naturalization ceremony “was orchestrated for the purpose of creating content for the convention” and that both events stemmed directly from requests that originated from the Trump campaign or possibly the president himself.

Pompeo changed a long-standing State Department policy to allow himself to speak at the convention. The policy had prohibited the secretary and all other political appointees at the agency from engaging in partisan political activities. He approved the change only for himself days before he delivered a taped speech from Jerusalem to the convention, the report says.
Investigators also said Pompeo violated a State Department rule on speaking about politics while abroad.

Internal emails show that the White House had planned to publicize a naturalization ceremony hosted by a “high level principal” in September 2020 but moved the event to the convention at the last minute.
In a written statement to the special counsel’s office, Wolf said he did not know whether video of the ceremony was going to be made publicly available or that it would be used at the Republican National Convention, the report says.

In Farah’s case, she appeared on Fox News in her official capacity on Oct. 9, weeks before the election, and told an interviewer of the two presidential candidates, “I can’t think of a starker contrast of two candidates against each other than even while sick with covid the president’s got boundless energy and is taking questions and being as transparent as possible on his positions and the fact that we still don’t have basic answers on policy from the Joe Biden campaign.”

O’Brien appeared June 25 on “The Hugh Hewitt Show” and was asked how a Biden victory would affect policy toward China. Rather than answer a question nominally about policy matters, as the law requires, O’Brien instead argued for Trump’s reelection.
“I expect the president to be reelected and reelected overwhelmingly,” he said.

“I think the president’s going to come out on top. The American people see the leadership that he’s providing not just with respect to China; they saw him build the greatest economy in the history of the world. We took a very bad hit because of this virus that came from China.

But who do you want to turn to to rebuild the economy — the guy who’s proven he can do it, President Trump, or somebody who’s been in Washington for 40 years?”
The cumulative effect of this flouting of the law has been to “undermine public confidence” in the nonpartisan operation of government, the report concludes.

The Biden administration has been cited once for a similar violation: The special counsel’s office gave Housing and Urban Development Secretary Marcia L. Fudge a warning in march about comment she made at a White House news conference when she weighed in on the possibility that Democrats could win the 2022 Senate rate in Ohio.

Fudge apologized for the comments.
Last month, a watchdog group filed a complaint that White House press secretary Jen Psaki violated the law by appearing at a White House briefing to have endorsed Democrat Terry McAuliffe, who last week lost the race for Virginia governor.

In the Obama administration, Health and Human Services Secretary Kathleen Sebelius apologized in 2012 for partisan remarks she made to a gay rights group in North Carolina in which she promoted President Barack Obama’s reelection. Julián Castro, then-secretary of housing and urban development, endorsed Hillary clinton for president in 2016 in an interview in his official capacity.

Both were explicit violations, and both officials were reprimanded. The White House barred the Cabinet from speaking at the Democratic National Convention to avoid similar mishaps.

The 1939 law was originally titled “An Act to Prevent Pernicious Political Activities.” It applies to civil servants and political appointees alike. But the Trump administration showcased that there appears to be a two-tiered system of consequences; the special counsel’s office fined and in some cases fired hundreds of career employees for violations during the four years when Trump was in office.

The Radio Biafra 102.1fm has just announced a sit at home order starting from 5th November to 10th with The headline give Biafra a referendum .

According to the reporter, failure to release Mazi Nnamdi KANU the IPOB leader before 4th of November 2021 , there shall be indefinite lockdown of all the biafran (south east ) land until the adjourned date which is 10th of November 2021 on the exception of Sundays.

“The E-naira is not a cryptocurrency” – Reno

The order has been just been signed by the leaders of the Indigineous People Of Biafra ( IPOB) group and sent out to the states. 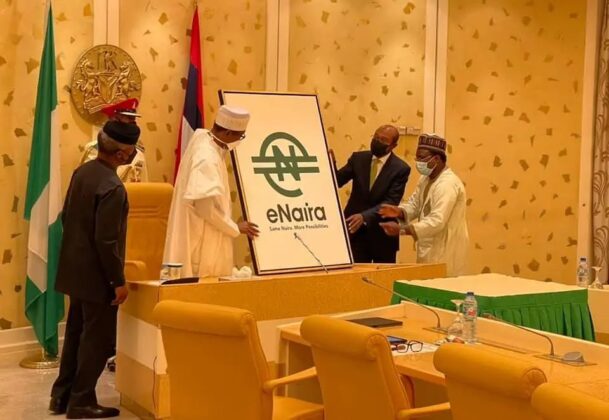 Reno Omokri trolls Buhari over the launch of the eNaira digital currency he stated that the eNaira has no blockchain backbone , and no miners and was unnecessary ,

and so on he posted this on his social media handle

“If you asked buhari to explain what he launched, he won’t be able to say anything intelligent.

” how do you launch a digital currency with no blockchain, no Miners and no clear idea of what you want to achieve ?

Did you miss ? “The E-naira is not a cryptocurrency” – Reno

eNaira could as well mean Embezzle Naira, Nigerians do not need an unnecessary eNaira what they need is e-security, e-jobs, e-electricity, e-roads, e-schools and above they need an e-buhari. because the physical buhari is doing more harm than good so maybe an e-version of buhari would be better”

Reno Omokri had argued about the eNaira being a crypto currency,

According to him, “The eNaira is an exercise in futility it is not a paper currency because it has no miners or blockchain secured Ledger”

He said it is very unnecessary because Nigeria went cashless under Jonathan, so it is under probability that it will have effect on the value of the naira, because it is not tied to production.

He went on to say the roll-out was Shady and unco-ordinated, proposing that the information given to the public about the eNaira was very little

Did you miss ?Casualties – Pipeline explosion In Rivers State

“without information how do you expect to convince anyone to buy into the eNaira and they say they want international investors to buy into it who will buy into a digital currency issued by a government that ban cryptocurrency and Twitter? the whole concept is confused and clueless “

Reno Omokri speaks about a Nigerian youth Sound Sultan (with his pictures) who despite knowing his health challenges , sacrificed his comfort to fight for the common man. After They will say police don’t spray pepper, see how police man sprayed pepper directly into a man’s eyes This is the exact word of Reno “Buhari …

Natasha H Akpoti took to social media to post pictures of her family having dinner with Salt Bae Don’t miss Reno Omokri Set To Lodge Another #HarassBuhariOutOfLondon Protest Beyond Reasonable Doubt’s Sarcastically trolling Reno Omokri , she wrote “Remember never to compare the truth of your reality with another’s photishopped and cloned life” Implying that …

Reno Omokri has planned to lodge another #HarassBuhariOutOfLondon protest as President Buhari plans Another London Health Vacation. I understand from my sources within Aso Rock that General Buhari is planning another London health vacation, my counsel to him is that he should perish the thought . Did you miss? This is the final nail in …

Following the heating hazel going on social media between Pastor Reno Omokri and Barrister Natasha Akpoti, Reno has proven beyond reasonable doubt’s with full clear evidence that all the accusations labeled against him by Barrister Natasha H Akpoti that he made a by pass on her during the banquet held for president Uhuru Kenyatta at …

This is the final nail in the coffin for the blackmailers from Aso Rock, Reno provides more evidence against Natasha Akpoti Did you miss ! How Natasha Akpoti fell into my lawyers Trap – Reno Omokri

Reno omokri on a video provides evidence to show Natasha Akpoti was really black mailing him Instead of publishing all my evidence i published only a bit of it, I only publish one page of my passport giving the that I left Nigeria On April 28 2014 and returned on may 10 https://legitwriters.com.ng/burnaboy-accused-of- Reno Trolls …